Pandemic is a hugely popular cooperative game that puts players in the shoes of a team struggling to fight off various plagues set on wiping out humanity. It has a number of expansions out already and racked up numerous awards since it’s release, and rightly so!

Most recently are two new versions of the title that take the game in different locations.

Pandemic: The Cure, turns the game in to a dice game comprised of over 80 dice. Again players must work together to stop the spread of infection using specially marked dice. A risk vs reward system comes nicely into play when players must choose to either spend what they have rolled or re-roll at the risk of “locking” their dice via the “biohazard” symbol.

Lastly, I am really impressed by the build quality of this game, the new format also makes it massively more portable. The various wooden pieces of previous games have been replaced by plastic but they feel weighty and solid and the clip together “board” pieces (not a board as such, a radial used for tracking certain stats) is nicely put together. But my favourite part has to be the player cards. Designed to look like ID tags they really add to the narrative and just generally push my design nerd buttons.

Pandemic: Contagion flips things completely with players taking on the role of the various diseases that threaten all of humanity. Whereas previous titles have been centred around cooperative play in which all players either win or lose (usually lose) together, Contagion adds competitive element with players racing to be the most destructive blight to befall mankind.

Each players disease is represented by plastic cubes that can be planted on city cards as they spread. Each turn events take place that direct the flow of infection with every 3rd event being the World Health Organisations futile attempt at stopping the spread.

Again this game is really well put together and once everyone is up to speed (which really doesn’t take long) the pacing is really good. My aforementioned design buttons get tickled once more with player pieces coming in cool little petri dishes that sit in some really nice player stat tracker cards.

Both games are available now and are a must for fans of the Z-Man games classic.

Luke is a joint owner and co-founder of The Board Game Shop. He is currently Commercial Operations Manager and deals with the financial side of the site.
View all posts by Luke Walker → 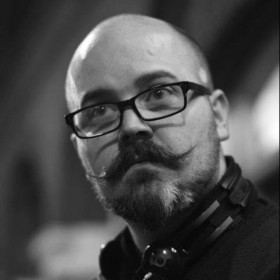 “Amazing customer service from these guys.”

The Board Game Shop on social networks.